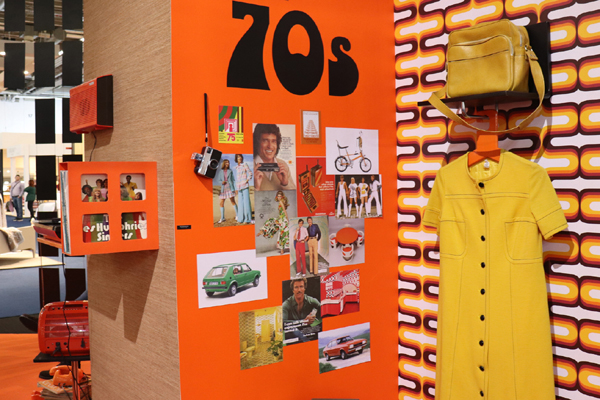 The origins of both Industry 4.0 and an awareness of the need for more sustainable manufacturing methods can arguably be traced back to the year 1971.

It was in 1971 that the first microprocessor was introduced by Intel, and also that the first and perhaps now most well-known environmental campaigner, Greenpeace, was founded.

As such, a direct line can be charted from that year to today’s automated textile manufacturing machinery concepts, as well as the drive to develop more increasingly resource-efficient processes.

All of the recent innovations which have been introduced to the market by A. Monforts Textilmaschinen GmbH & Co. KG, for example, are being powered by the possibilities of Industry 4.0 and developed in response to the market demand for more sustainable production.

They include the new ‘digital twinning’ capability introduced in 2019 for all Monforts machines, with advanced sensor technologies which make it possible to access comprehensive technical machine data from any location using the company’s Smart Support and Smart Check apps. In addition, the digital twin system provides information on individual wear parts, such as, for example, converters or gears.

These latest developments have been very favourably received by Monforts customers, especially in Europe.

The very first Heimtextil – the leading trade fair for the home textiles market – was also held in Frankfurt in January 1971 and Monforts customers Bierbaum Group and Konrad Hornschuch AG are amongst the German companies who were there from the very start and have attended every annual show since.

Bierbaum Group, based in Borken, is the company behind the well-known Irisette bedding brand and is celebrating its own 125th anniversary in 2020. It has also introduced products bearing the German government’s new Grüner Knopf textile seal of approval for sustainable production.

As a specialist in synthetic leathers for home surfaces, as well as vehicle interiors, Konrad Hornschuch AG, of Weissbach, has been a member of the €44 billion automotive giant Continental AG since 2016.

Representatives from both companies received memorial trophies at a special presentation held on January 7th during the 50th anniversary Heimtextil show.

The home textiles market remains very strong in Germany, with sales amounting to some €9.6 billion in 2019, according to analyst IFH Cologne.

The first Heimtextil in 1971 was a significant success, attracting 679 exhibitors from 26 countries.

This year’s show, however, attracted a total of 2,952 exhibitors from 66 countries, reflecting not only the growth of the home textiles industry, but also the globalisation which has taken place over the last half century.

Monforts now has customers for its advanced finishing technologies around the world, with home textile customers from India and Pakistan being particularly well represented at Heimtextil 2020.

Among stand outs from Indian companies at this year’s show was the 2020 collection of Welspun India’s famous Christy England brand, inspired by botanical studies of the gardens of British stately homes. Welspun towels meanwhile benefit from the company’s HygroCotton hollow core yarn technology, produced by a proprietary spinning method which ensures they become softer, fluffier and more absorbent after every wash.

An equally ground-breaking new technology is being introduced by Trident Group, which is one of India’s largest vertically-integrated home textiles manufacturers and two years ago installed five complete Monforts finishing ranges for its new linen department.

Monforts home textile customers from Pakistan stressed the resource efficiency of their processes and products as a result of investments in advanced technology, and during the show the ‘Sustainable Pakistan’ initiative was announced.

Supported by GIZ, the German Society for International Cooperation, the initiative aims to reshape global perceptions of Pakistan’s manufacturers and their innovations. So far, twenty producers have been carefully chosen to be presented on this global platform and will help rebrand Pakistan’s textile industry at the Heimtextil exhibitions going forward.

Heimtextil’s organiser Messe Frankfurt also announced its own new alliance with the United Nations Office for Partnerships, in order to support the UN’s Sustainable Development Goals.

Many things have changed since 1971 and home interiors are certainly no longer predominantly orange and brown – and perhaps unlikely to ever become so again.

It’s clear, however, that there has been a constancy in the push to consistently improve textile technologies, processes and products that may have originated in Europe, but have subsequently spread around the world.

And the significance of both microprocessors and sustainability in 2020 could only have been guessed at back in 1971.